Every CenTex Storm coach offers valuable knowledge to our program and players. They teach teamwork, leadership, lessons of success and defeat & to lead by example. These characteristics drive the focus in our coaching staff to provide an exceptional learning experience for each and every player.

* Our coaches offer 1-on-1 training for every player upon appointment. Make sure you take advantage of the expertise and knowledge our coaches have to offer.

Schedule a 1-on-1 session today! 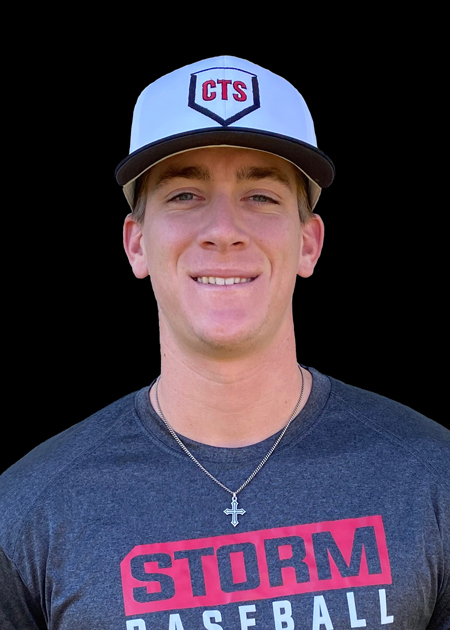 Temple College: He played two seasons for former major leaguer Coach Craig McMurtry at Temple College… played in 15 games as a sophomore, batting .415 (17-for-41) with 13 runs, two doubles, one triple, two home runs and six RBI… appeared in 28 games as freshman, hitting .276 (16-for-58) with 12 runs, four doubles and six RBI. 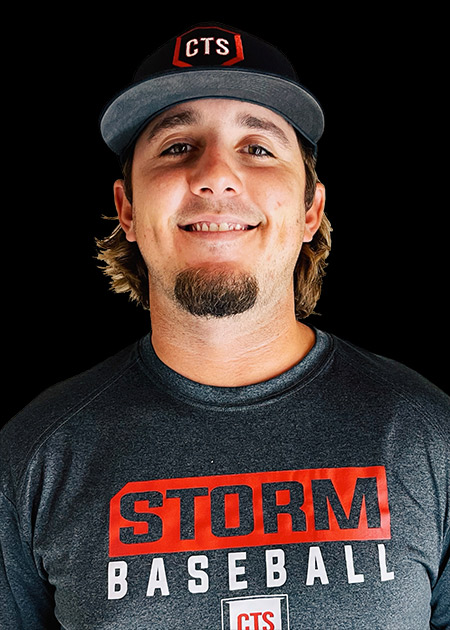 Jared played his high school baseball at Seguin High. After high school he began his collegiate career at Texas Lutheran, but after two years transferred to Texas A&M International where he became an integral part of the pitching staff. As a sophomore, Curnel played an important role on the 2013 TAMIU team that recorded the 2nd most wins in school history enroute to the school’s first Heartland Conference tournament bid. Curnel led the team that year in appearances (23) and opponent batting average (.174), while recording an ERA of 2.65 out of the bullpen. After three years at TAMIU, Curnel finished with his name in the school record books several times. Curnel’s 2013 year saw him finish inside the top 5 in an individual season in ERA, saves, and appearances. Curnel is also inside the top 5 over his career in Saves and appearances and top 10 in strikeouts and ERA.

After his playing career was over, Jared received his B.S. in Kinesiology from TAMIU and moved to Colorado Springs where he got his first experience as a coach with the CageRat Baseball Club.

Currently Jared is back living in his hometown and working for a sports field management company, that has contracts all across South Texas ranging from little league to professional fields. He loves hunting, fishing, and golfing on Sundays. Jared is currently the coach of our 11u team. 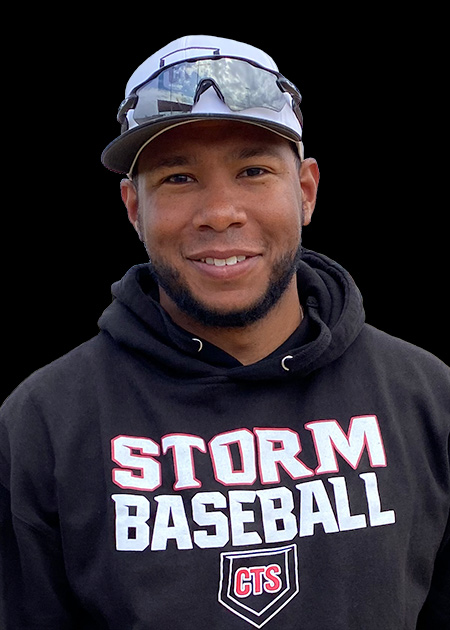 Byron Powe is a 2009 graduate from Schulenburg High School where he was a letterman for 3 years in baseball for the Shorthorns. His Sophomore and Junior year he was named Honorable Mention All-District, his Senior year he earned 1st Team All-District as an outfielder while helping the Horns to the 3rd round of playoffs. After high school he attended Texas A&M University before enlisting in the United States Marine Corps. After the Marine Corps, Byron began to serve the community back home and became a Police Officer first in Lockhart and now in the City of Hallettsville. 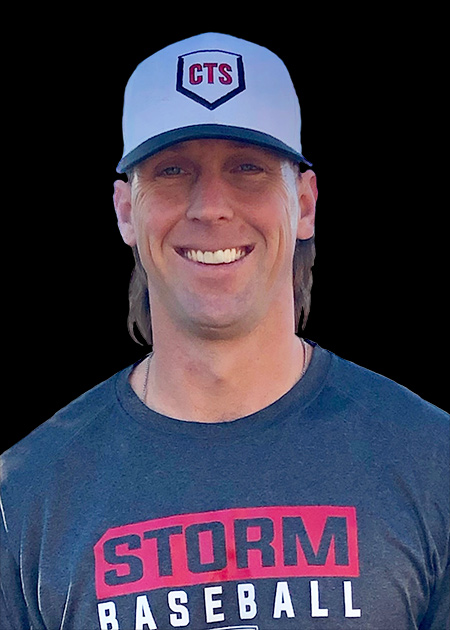 Matt played his high school baseball in Houston at Strake Jesuit where he was 2nd Team All District 19-6A as a pitcher.

College: Matt went to play at Angelina Junior College where he was teammates with Josh Tomlin, Clay Buchholz, and Andrew Cashner(MLB). He transferred to finish his playing career in the Southland Conference at Texas A&M Corpus Christi where he was a key relief pitcher his Junior Year. He graduated on the President’s Honor Roll with a Bachelor’s Degree in Kinesiology-Exercise Science.

Matt is now a Director/Coach for Cen Tex Storm and now lives in Schulenburg with his wife and son, Luke. He enjoys hunting, the outdoors, and coaching for Storm. 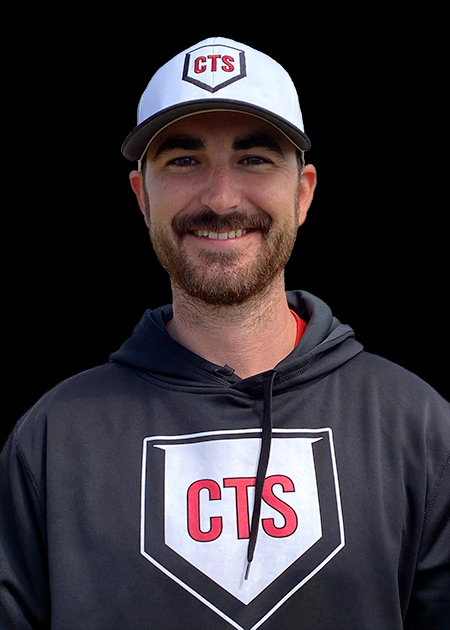 2013: Black was a key member of the Javelinas’ infield last season. He appeared in all 60 games starting 59 times. He had one start at short and 58 at third. As a junior, Black batted .310, with 41 RBI and 36 runs. He belted five home runs, 11 doubles and two triples. Black finished the season ranked in the Javelina top five in average, slugging, runs scored, hits, RBI, 2Bs, HRs, total bases, walks, times hit by a pitch, and sacrifice flies. He led the team with 15 multi-RBI contests and 19 multi-hit games. The third baseman was named to the LSC Championship All-Tournament team after driving in five runs, scoring five runs, and hitting a home run in the title game as he finished 2-of-4 with two runs scored and two RBI. He as also named to the all-region tournament team.

2012: Black garnered LSC Second Team honors at third base. He played in 44 games starting 39 with 29 starts at third. Black averaged .284 at the plate with two HRs, 10 doubles, 31 RBI and 20 runs. He twice had a team-best five RBI once at Eastern New Mexico and once at A&M International. Black belted first home run as a Javelina at Tarleton State and second versus Incarnate Word. His 8-game hitting streak tied for third on the team.

Previous: Black played two seasons at Hill Junior College. He hit .255 with 15 runs scored and 12 RBI’s during his sophomore season.

High School: Black played baseball at Klein Collins High School. As a senior, he hit .402 en route to earning first team all-district honors and was the team’s defensive MVP. He helped lead the team to three playoff appearances. He was a member of the National Honor Society.

Personal: Black coached for one season as a graduate assistant while finishing the final year of school. He graduated in 2015 with a degree in Sport Business. In the three years of playing and one coaching at Texas A&M University Kingsville, he put together 3 conference championships.

Black is now a one man show, writing estimates for contractors, insurance scopes, & insurance appraising for storm related damages. He also deals in general contract exterior construction jobs on the side.

Black’s favorite things to do are fish, hunt, and travel! He has even been enjoying backpacking, with his most recent trip including his uncle and his brother. They drove over 5k miles and slept in a tent for 15 days while hunting black bears in Arizona. 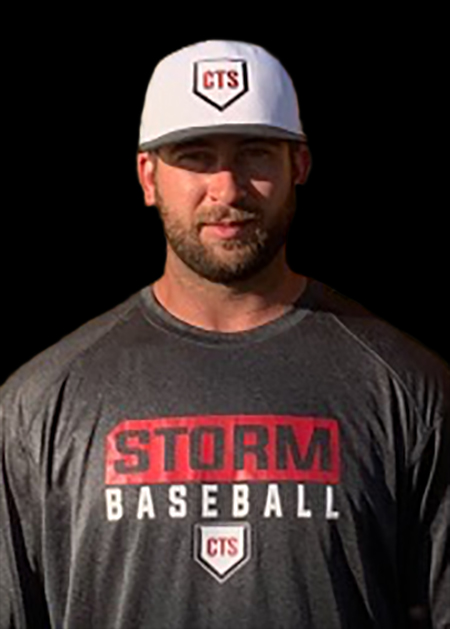 Ryan played 4 years of varsity high school baseball at Schulenburg High. His career batting average was .312 with 263 plate appearances. His career ERA was 3.26 with 120 innings pitched and 67 strikeouts. His senior year his record was 6-2 with an ERA of 1.84. At the conclusion of his senior baseball season he was invited to play in the Chick-Fil-A All-Star game in Victoria, TX. He was also on the varsity basketball and football team for 3 years, as well as track where he qualified for state in the 110 hurdles. After high school he was offered to walk on Steven F. Austin’s football team as a receiver where he played for two years. He then transferred to Texas A&M where he received his Bachelors degree in Rangeland Ecology and Management.

Currently Ryan is living back home in Schulenburg. He works in Wallis, TX for Gulf Coast Tanks doing outside sales. In his free time he likes to do outdoor activities which includes hunting, fishing, golfing and working at his family farm.